Similarly for Post graduation courses (residencies), the NEET -PG is the single 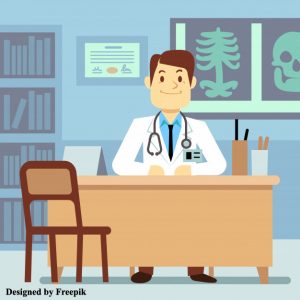 Traditionally, admission criteria differed from one part of the country to another and even from Institution to Institution. For example, applicants should be undergraduates when they apply to American universities while they pursue bachelor’s degrees when they apply to China medical colleges.[citation needed] The whole admission process is under a major reform with ongoing court cases from parties against it. In general, admission was based on one of the following:

Marks obtained in the competitive examinations conducted at central level (NEET)
Marks obtained in the final examinations of Std. XII.
Donation/Management based seats.
Similarly for Post-graduate degrees and diplomas (residencies) the competitive examinations conducted at central (NEET) level forms the basis for admission or donation based seats. Specific institutions may also require a personal interview of the candidate but this is more in cases of sub-specialty courses.

These donation based seats have come under heavy criticism because this makes effectively India the only country that authorises, as official policy, the sale of medical seats by private medical colleges, implicitly accepting the principle that the ability to pay, and not merit, is what counts. These illegal capitation fees range from Rs.50 lakh to Rs.1 crore for a MBBS seat.[3] But medical colleges in states like Kerala, require minimum marks / ranks in their respective competitive entrance exams even for the management seats.

In order to reduce stress of multiple examinations and ensuring minimum competence and importantly with the purpose to weed out corruption in medical education across the country NEET-UG and NEET-PG were first proposed in the Vision 2015 by Board of Governors (BOGs) appointed after by Government of India after dissolution of MCI. These exams were supposed to be a single window for entry into a medical college (except institutions like AIIMS, PGIMER, JIPMER, which were set up by parliamentary order). Although specifics of implemented NEET for UG and PG courses are different from what was proposed in Vision 2015 document, it has essentially maintained its core purpose.

NEET-UG (Undergraduate), for MBBS and BDS courses, was conducted in 2013 by the Central Board of Secondary Education (CBSE). NEET-UG replaced the All India Pre Medical Test (AIPMT) and all individual MBBS exams conducted by states or colleges themselves. However, many colleges and institutes took a stay order and conducted private examinations for admission to their MBBS and BDS courses. Nevertheless, many other reputed institutes such as the Armed Forces Medical College and Banaras Hindu University have opted to admit students on the basis of the NEET-UG. The first exam was held on 5 May 2013,[5] and the results were announced on 5 June 2013.[6] In India, there is a huge competition to qualify for an MBBS seat. In NEET-UG 2013, among the registered candidates, a total of 7,17,127 candidates were eligible to appear in the NEET-UG, 2013, out of which 6,58,040 candidates appeared in the test and 3,66,317 candidates qualified the test for 31,000 seats. This makes a 4.71% appearing the exam to securing a seat success rate.

On 18 July 2013 the Indian Supreme Court struck down the NEET exam with a 2:1 decision. The Medical Council of India has appealed for a review in August 2013, in may of 2016 supreme court of India cancelled all medical exams and NEET(UG) and NEET(PG) becomes an only way to get admission in almost all medical colleges of India.