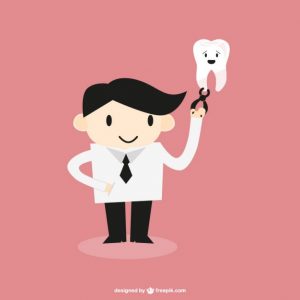 Dentistry, also known as Dental and Oral Medicine, is a branch of medicine that consists of the study, diagnosis, prevention, and treatment of diseases, disorders, and conditions of the oral cavity, commonly in the dentition but also the oral mucosa, and of adjacent and related structures and tissues, particularly in the maxillofacial (jaw and facial) area.  Although primarily associated with teeth among the general public, the field of dentistry or dental medicine is not limited to teeth but includes other aspects of the craniofacial complex including the temporomandibular joint and other supporting, muscular, lymphatic, nervous, vascular, and anatomical structures.

Dentistry is often also understood to subsume the now largely defunct medical specialty of stomatology (the study of the mouth and its disorders and diseases) for which reason the two terms are used interchangeably in certain regions.[where?]

The history of dentistry is almost as ancient as the history of humanity and civilization with the earliest evidence dating from 7000 BC. Remains from the early Harappan periods of the Indus Valley Civilization (c. 3300 BC) show evidence of teeth having been drilled dating back 9,000 years. It is thought that dental surgery was the first specialization from medicine.

In India, training in dentistry is through a 5 -year BDS (Bachelor of Dental Surgery) course, which includes 4 years of study followed by one year of internship. As of 2010, there were a total of 291 colleges (39 run by the government and 252 in the private sector) offering dental education. This amounts to an annual intake of 23,690 graduates.

Post graduate training is for three years in the concerned speciality. Master of Dental Surgery (MDS) is offered in the following subjects –