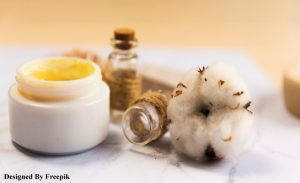 and Surgery (B.A.M.S.) is a professional degree in medicine focused on Ayurveda offered in India, Nepal, Bangladesh and other South Asian countries.

It is awarded after the study of five and a half years duration, including 1-year internship. A BAMS graduate is allowed to provide medical treatment in some states of India and Sri Lanka after registering oneself at the government-approved licensing body.

Ayurveda is considered to be pseudoscientific by the mainstream scientific community and is a type of complementary or alternative medicine.

In India, there are more than 394 colleges that offer B.A.M.S degree.

Serious flaws have been reported in the graduate-level education.

According to some sources, up to 80 percent of people in India use some form of traditional medicine, a category which includes Ayurveda.

In 1970, the Indian Medical Central Council Act which aimed to standardise qualifications for Ayurveda practitioners and provide accredited institutions for its study and research was passed by the Parliament of India. In 1971, the Central Council of Indian Medicine (CCIM) was established under the Department of Ayurveda, Yoga and Naturopathy, Unani, Siddha medicine and Homoeopathy (AYUSH), Ministry of Health and Family Welfare, to monitor higher education in Ayurveda in India.[60] The Indian government supports research and teaching in Ayurveda through many channels at both the national and state levels, and helps institutionalise traditional medicine so that it can be studied in major towns and cities.The state-sponsored Central Council for Research in Ayurvedic Sciences (CCRAS) is designed to do research on Ayurveda. Many clinics in urban and rural areas are run by professionals who qualify from these institutes. As of 2013, India has over 180 training centers offer degrees in traditional Ayurvedic medicine.

To fight biopiracy and unethical patents, in 2001 the government of India set up the Traditional Knowledge Digital Library as a repository for formulations of various systems of Indian medicine, such as Ayurveda, Unani and Siddha. The formulations come from over 100 traditional Ayurveda books. An Indian Academy of Sciences document quoting a 2003-04 report states that India had 432,625 registered medical practitioners, 13,925 dispensaries, 2,253 hospitals and a bed strength of 43,803. 209 under-graduate teaching institutions and 16 post-graduate institutions.[67] Insurance companies cover expenses for Ayurvedic treatments in case of conditions such as spinal cord disorders, bone disorder, arthritis and cancer. Such claims constitute 5-10 percent of the country’s health insurance claims.

In 9 November, 2014, India formed the Ministry of AYUSH. National Ayurveda Day is also celebrated in India on the birth of Lord Dhanvantari (Dhanteras). In 2018, it was celebrated on 5 November.